Red John was one of 9 children. Each and every one of them emigrated to England or America in search of work. It was during the war that John travelled to England where he was conscripted into the army. He was sent to Northern Ireland for training and when he was home on one occasion to see his mother, he stayed. For many years together with his sister Kathleen he looked after his mother and brother Austy who suffered from multiple sclerosis. After the death of his mother, Austy’s illness became worse and it became impossible to cater for him at home so he had to go to Dublin into professional care.

Some time later Red John returned to England where he lived for the rest of his days. The house is always referred to by the islanders as “Red John’s” so it was right and fitting that the house kept its name to honour the memory of the Burns family.

The house of Red John is one of the earliest island houses of the Burns O'Malley family dating back to the 1700s and has undergone many renovations over the years resulting in the very comfortable and stylish house we have today. All modern comforts and facilities are provided in the house, families will have all they need for short or long term stay.

It has a very large living room which overlooks the sea and Inishturk Island. This room has a dramatic vaulted ceiling and a majestic efficent stove. There are several seating options to suit all the family.

Off this room is a large porch with an armchair and sea views, a book lovers dream spot!

To the rear of the house is a new modern west facing kitchen with a large dining table.

Off the kitchen is a study “den” with a wood burning stove which is a tranquil space to meditate, snooze or just chill!

There is an outside seating area to relax and take in the stunning sea views to the front. To the rear there is a steep grassy field where sheep graze happily ! 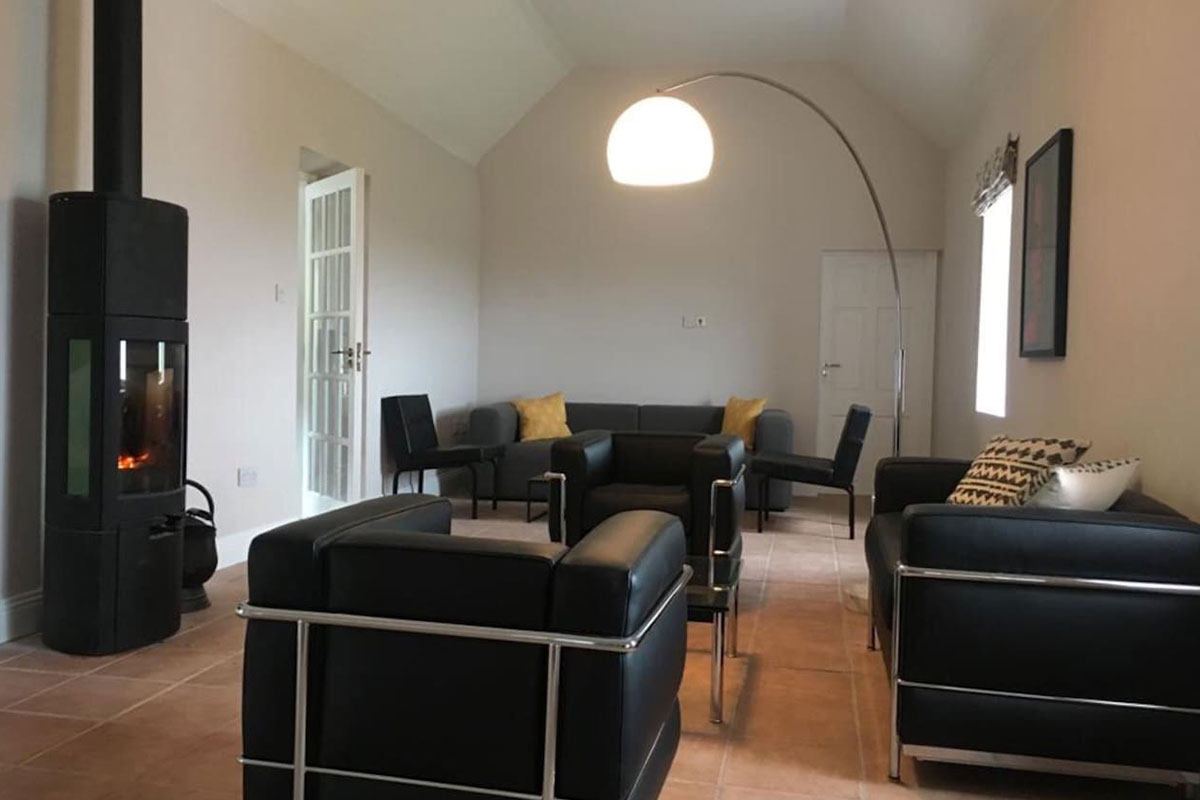 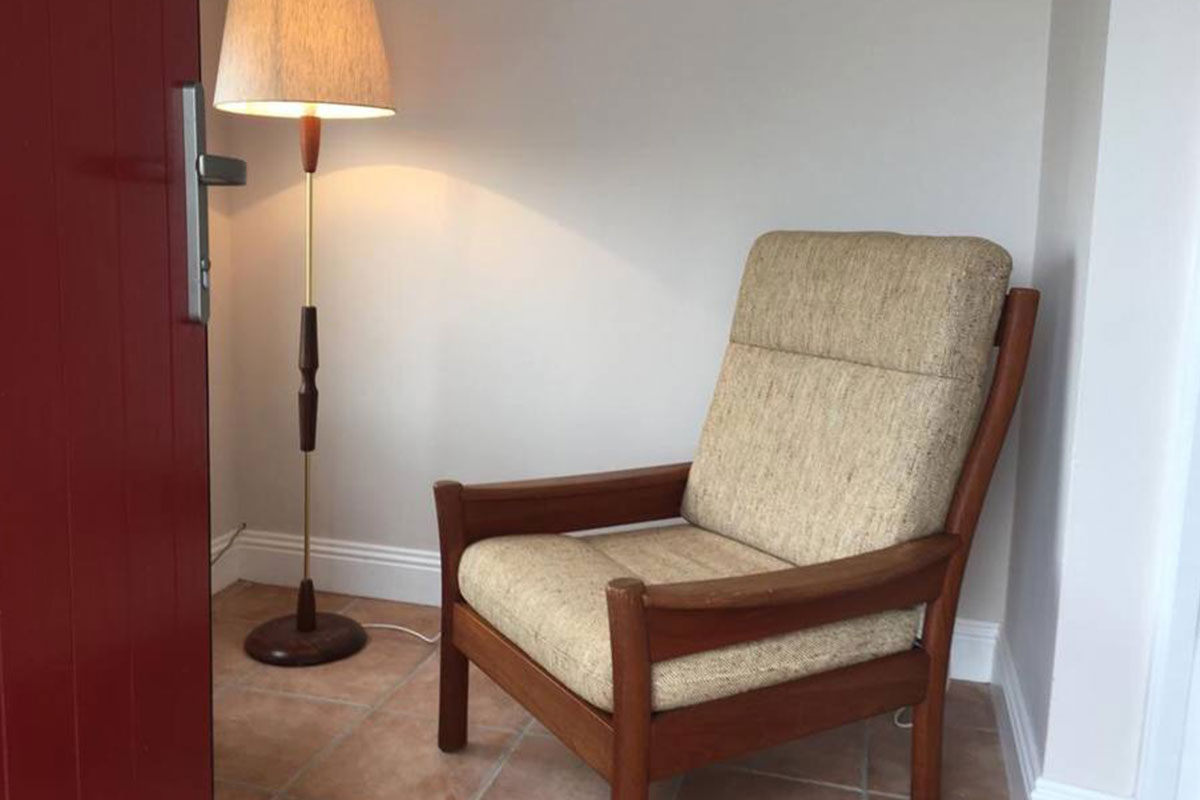 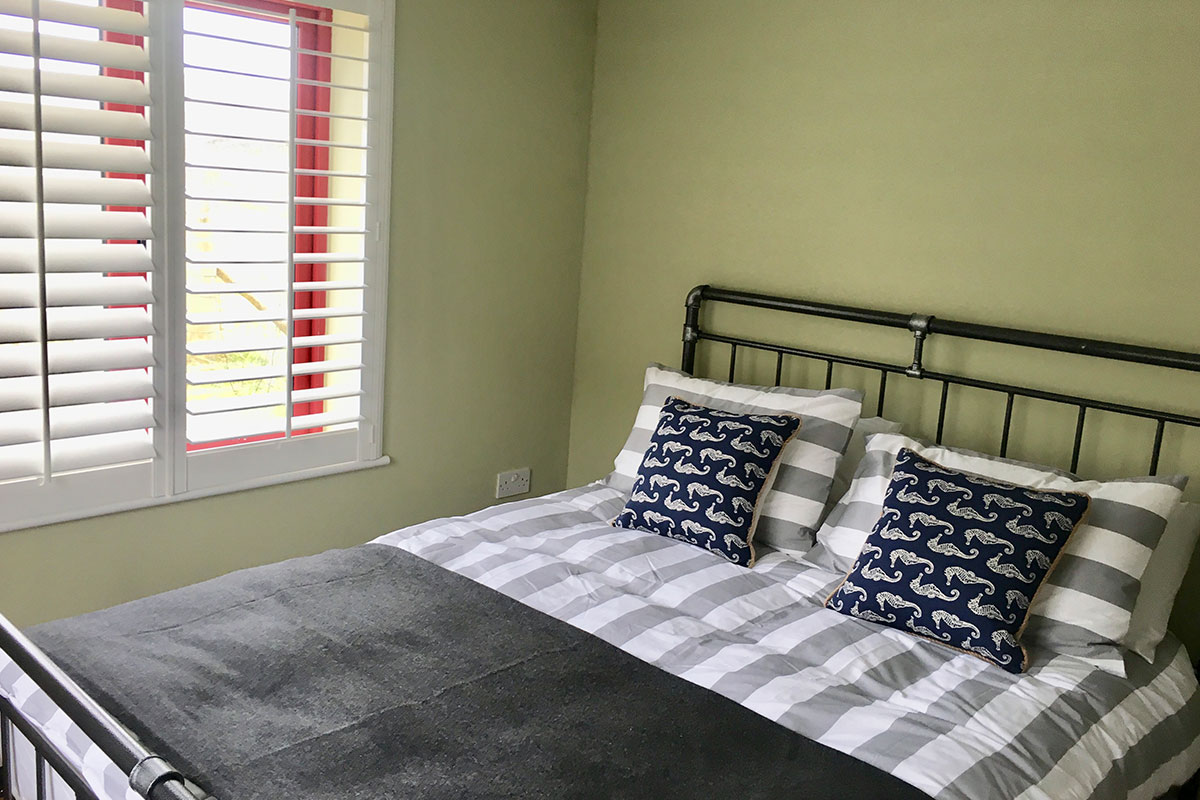 OUR OTHER SELF CATERING ACCOMMODATION IN WESTPORT TOWN